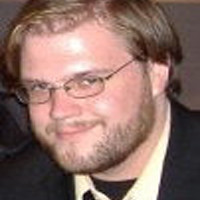 Steven Madeja is a freelance filmmaker and film festival director.  He received a Bachelor’s with honors degree in Film from Vassar College in 2008.  For the past three years, Madeja has directed several short features, including “Drawing Dead,” “The Barber of Krakow,” “Long-Distance Service,” and the award-winning documentary “Garry and Harry” about twin priests coping with Alzheimer’s.  In addition to directing, Madeja has worked on various projects, short and feature length, fiction and documentary, in a variety of capacities, including grip, PA, boom operator, sound designer, and AC.  Most recently, he has been a boom operator for Metropolis Film’s “The Last Days of April” and an archival assistant on a 3-hour PBS documentary for Helen Whitney Productions called “Forgiveness.”  In addition to being involved in film production, he also hosts a small non-profit film festival in Potsdam, NY.  The North Country Film Festival hosts independent features of visiting directors, classic screenings, and a short film competition for student, local, and amateur filmmakers where they may compete for cash prizes and showcase their work.