Recently, I had the opportunity to meet with Johan Potma and Mateo Dineen, the artists who created Zozoville, the first gallery they opened together in Berlin. The gallery/studio space located in Friedrichshain, it’s the busiest of all their galleries and has been successful since first opening it’s doors nearly 8 years ago. Their first reception was entirely full and the gallery has paid for itself from the very beginning. 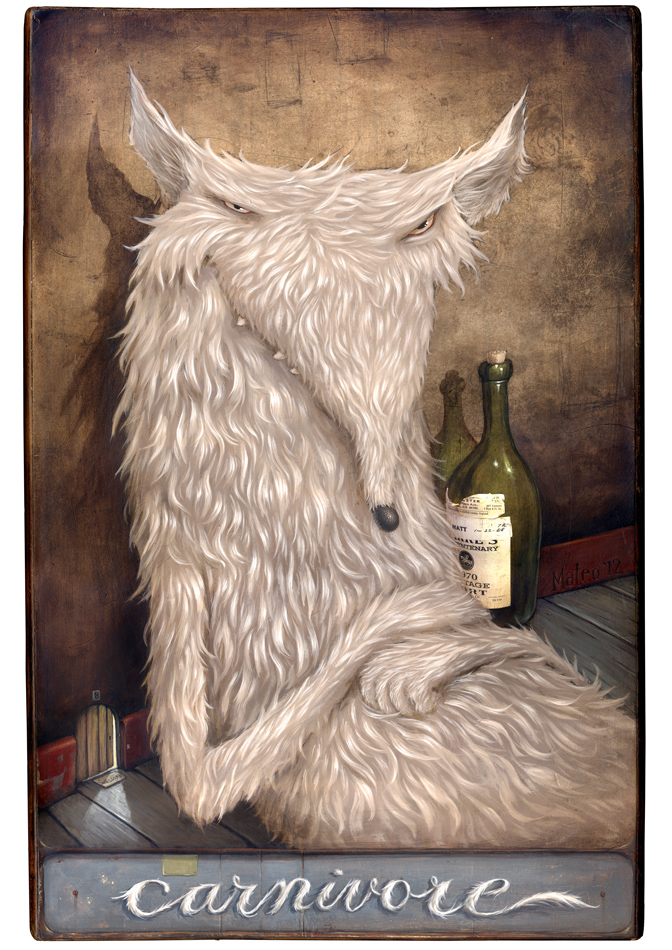 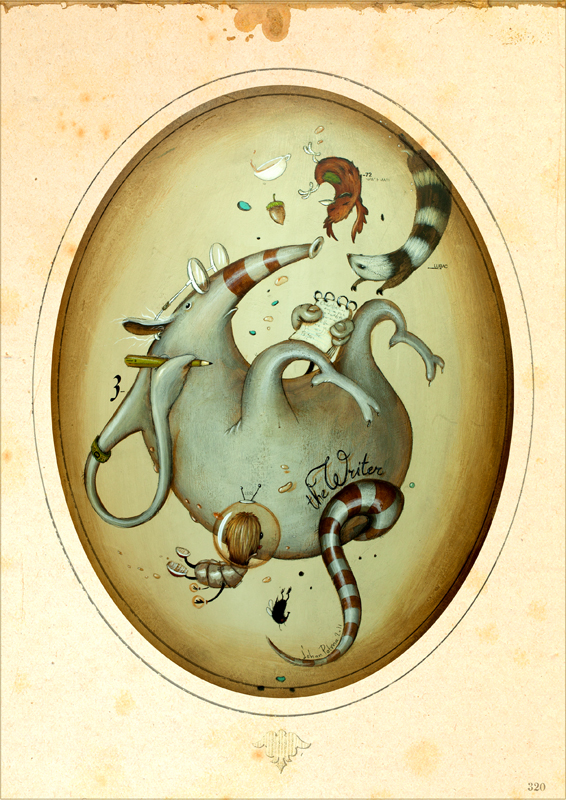 “The Writer” by Johan Potma

I find the story of their success quite inspirational; it was born out of the Berlin markets where Johan and Mateo first joined forces 8 years ago. After a few years it was evident that they should open their own shop. They had built up a huge following; people would stop by every week to check out new work and wanted to see more from them on days other than Sunday. 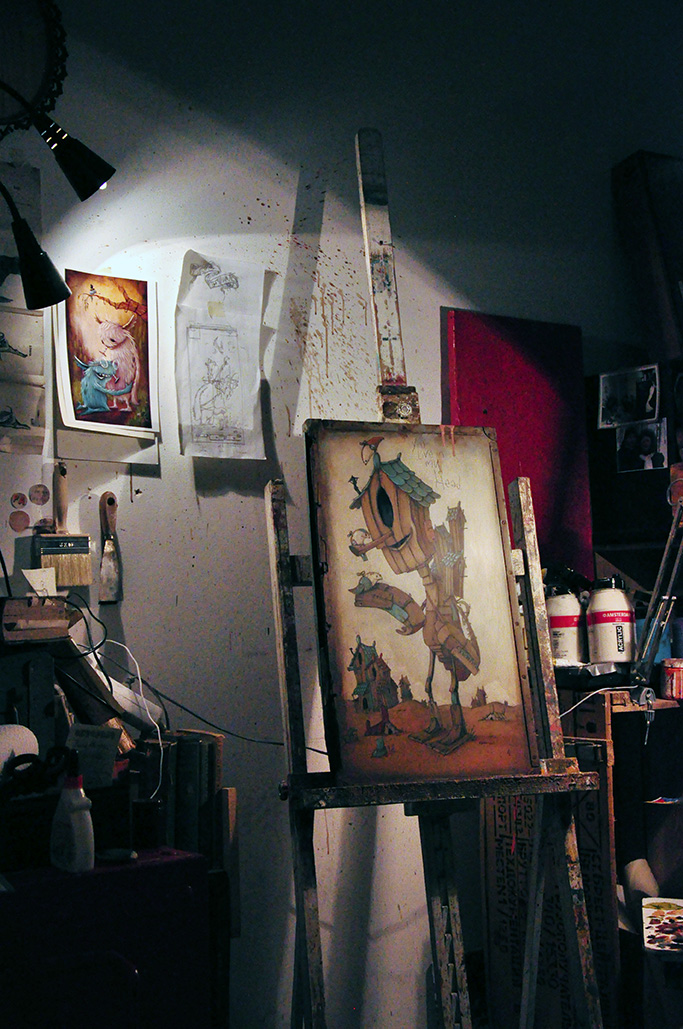 The transition from market to gallery wasn’t difficult for them to make. The market showed them how to manage the business end of things. Both Johan and Mateo have a good business sense and make a very strong team, which made it even easier to become successful rather than trying to go it alone. They balance each other out and are good at recognizing trouble spots and coming up with creative solutions.

Originally, the guys met through Johan’s first business, a company that he started to help artists support themselves with their work. Discouraged with the direction that the company was heading, Johan was ready to head back home to Holland, but Mateo convinced him to stay. Since then, they have been sharing studio space and knowledge; it was interesting for them to see each other’s processes. They both grew exponentially; creatively as well as professionally. Competition is a good thing, it pushes you and makes you strive to excel. 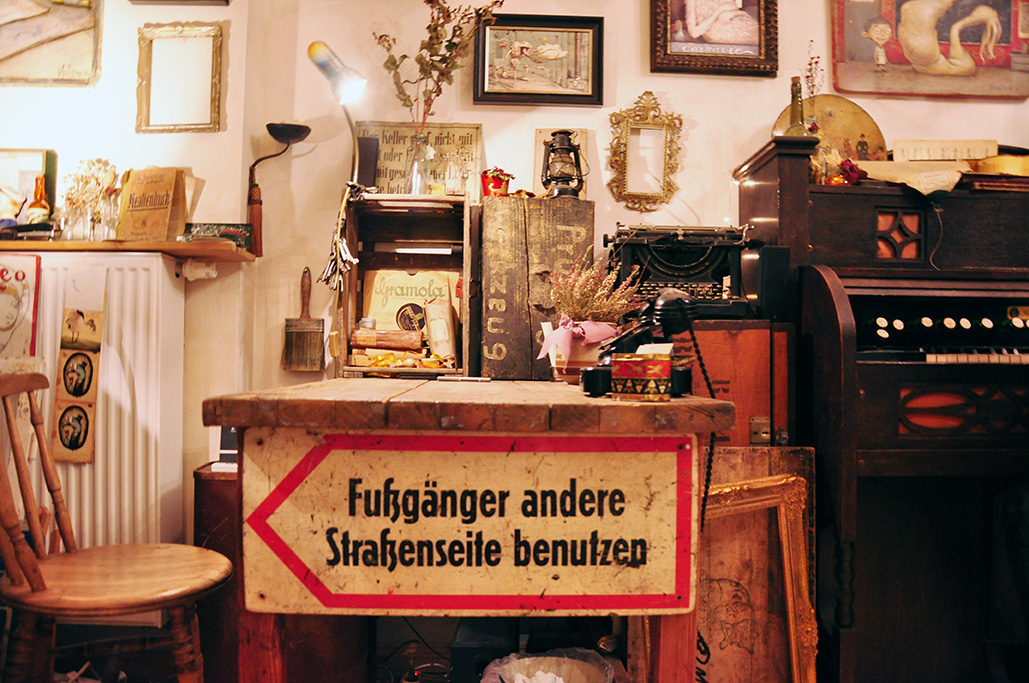 Initially, Johan’s style was more graphic and Mateo’s was more painterly, over the years their styles have influenced each other and Mateo’s work has become a bit more graphic and Johan’s has become a bit more painterly. Mateo creates more intricate set pieces, whereas Johan’s focus is more on the character. Both artists leave room in their work for the viewer to step into that world and interact with it. There’s something in each of their pieces that makes you want to return and continue exploring that world. After so many years of working together they were concerned about their styles becoming a bit too blended, neither wants to lose their artistic identity. However, it’s only to the untrained eye that their styles appear interchangeable.

Growing along with their success, Johan and Mateo opened another gallery together, Onkel Zozo located in Kreuzberg on Oranienstrasse. Additionally, they each opened their open studio/gallery spaces. Johan opened Cheese Mountain Tragedy on Schönleinstrasse, also in situated Kreuzberg and Mateo opened Skallywag on Herrfurthstrasse in Neukölln. The studio/gallery spaces reflect each of the artists’ personalities. Johan really enjoys the activity in the shop – he uses it creatively as fuel. It might end up in a painting somewhere, might set something off, another connection, another spark. Whereas Mateo wants a sanctuary, somewhere he can work uninterrupted. Visiting their gallery/studio spaces was almost like walking into one of their paintings. You feel like you are stepping out of your world and into theirs. I almost expected one of the creatures from their paintings to peak out from around a corner. 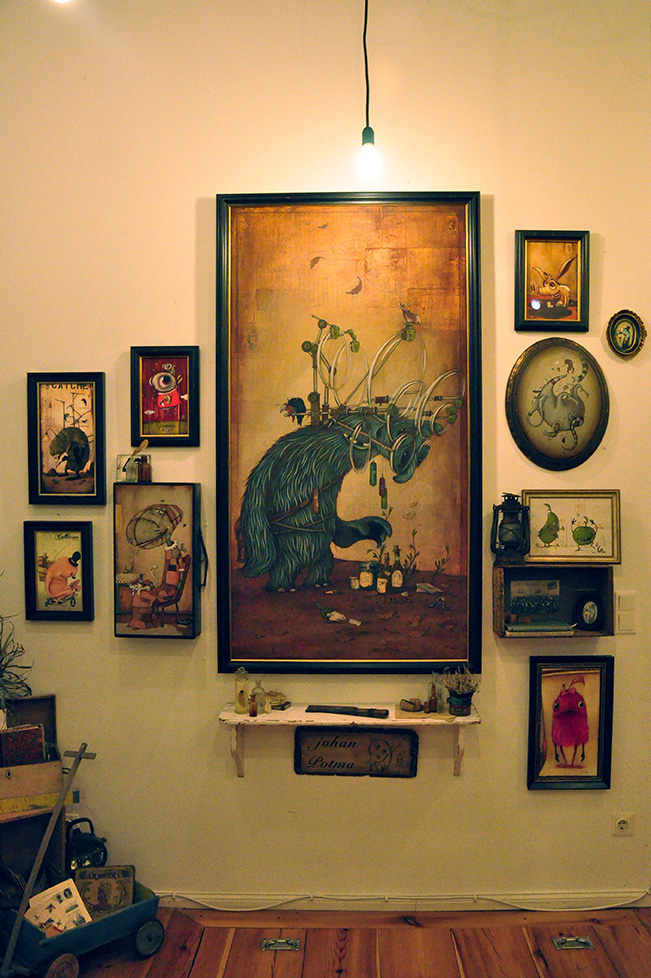 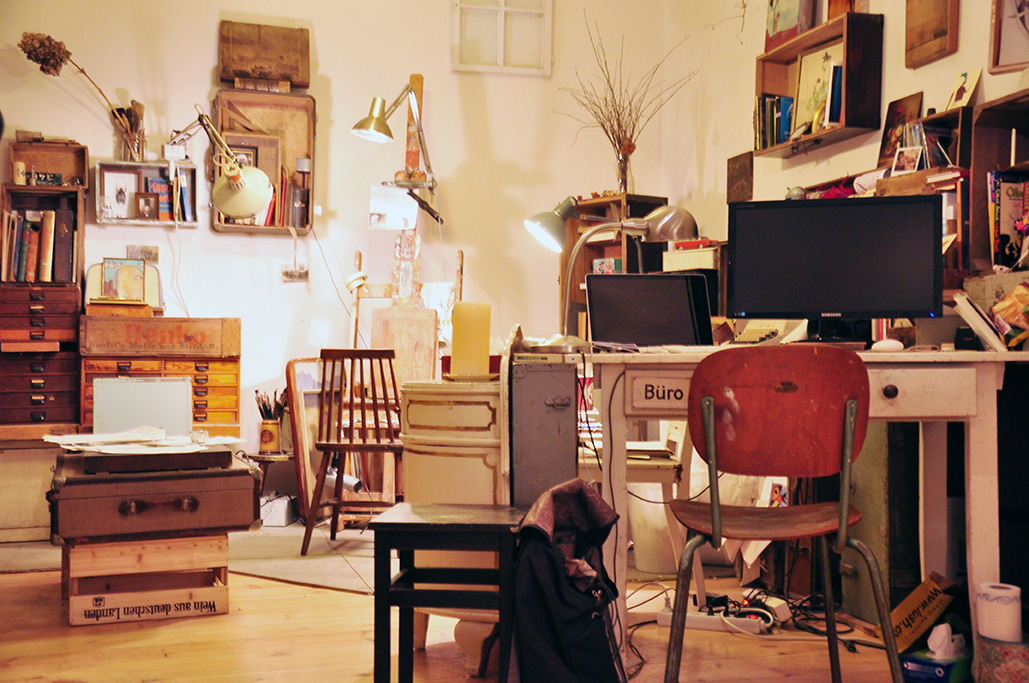 Johan and Mateo receive requests for commissions and have an international presence. They have a web shop, galleries, and a variety of different products. However, they aren’t just chasing more success, it’s important for them to able to stand behind everything that they do. Johan and Mateo are both very driven and their push to succeed helped them get to the top. 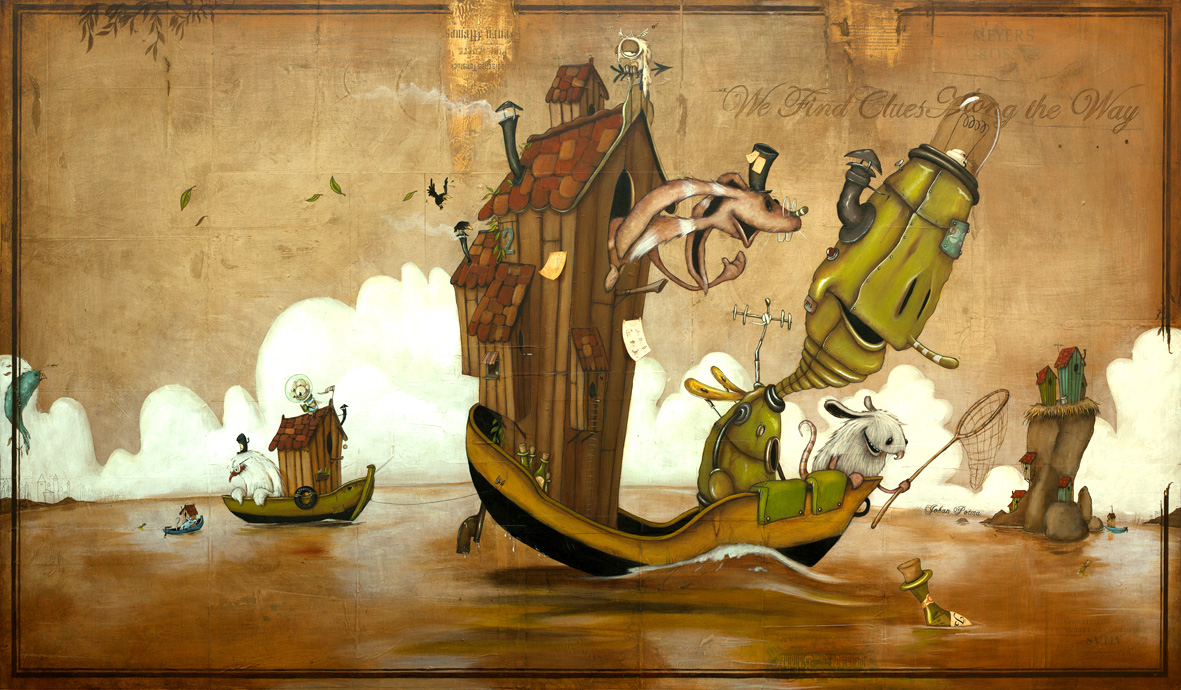 “We Find Clues Along The Way” by Johan Potma 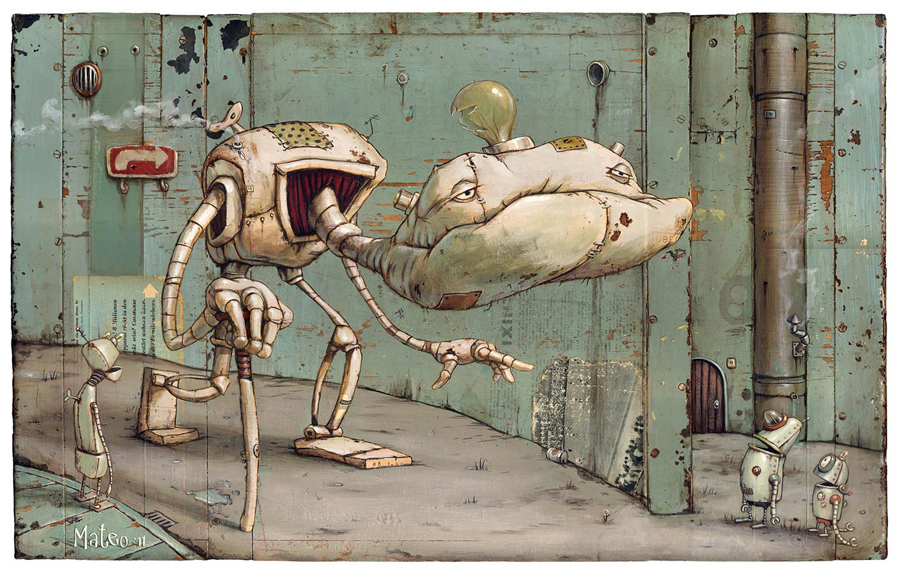 Article by Heather M Schmaedeke. Heather is a freelance editor for the Nonsense Society and a photographer in Germany. You can find Heather on Flickr and arttart.tv. 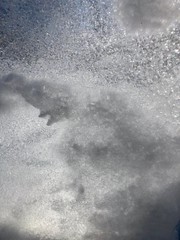