2 teenagers use creativity to get back at an ex.

I got an email the other week from Lia Hyman, a teenage singer-songwriter, who started some noise in her community by writing an infectious song about an ex-boyfriend. Since then she’s been performing the song around town with another ex of the boyfriend who inspired the song. I guess that’s one (creative) way to get back/cope with a break up? And now it’s being published to an international audience of tens of thousands… oops!

Here are some words about the song from Lia:

“I’m 13 years old and I play guitar and piano and am a singer/songwriter. Music isn’t a hobby or playtime. Music is the reason I wake up in the morning. Since 3rd grade, I’ve been singing, playing guitar, and writing my own songs. For my 7th grade talent show, I debuted my first full song, “I Bet He Did”. Since then, I have performed at Cafes, open mic nights, festivals, etc. I’ve written 21 songs total. This song, “I Bet He Did”, is me talking to my Ex-Boyfriend’s current girlfriend (Did I hear you say Taylor Swift?) telling her basically, “Oh, did he do this? OH, and I bet he did THIS, too!” The song became a huge hit at my school and when he heard it: lets just say he’s not planning on messing with me anytime soon. I wrote “I Bet He Did” as a duet and then asked his other Ex-Girlfriend, Catherine, to sing the song with me. We happen to be best friends now! I sing the first verse and chorus, she sings the 2nd verse and chorus, and then we split the bridge and last chorus.” 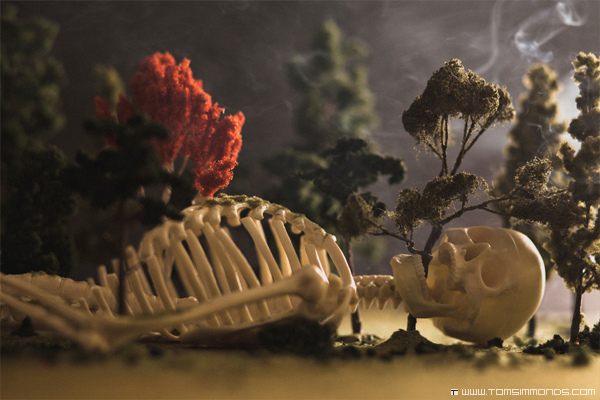 A big congratulations goes out to our friend (and member) Thomas Cole Simmonds who just finished his 52 week “Skeleton Project.” It’s a huge accomplishment, publishing a new photo every week using a skeleton model as inspiration. You’d think he would run out of ideas, but the project just continued to grow and grow. You can see the project in full on Flickr, Tumblr, and his website.

A stop-motion animation by Tom celebrating the end of the project:

Here are some words from Tom about his success in the past year:

“This year is also kind of what I consider the start of photography for me, a lot of good things have happened and it’s almost as though I am a “photographer” if you know what I mean haha, as I cringe while typing that. :D

Here are some pointless stats for me to beat next year, this might be interesting if you’re boring like me. :D I managed to get my work published in 1 book and. 8 magazines I was featured on 19 websites and I had over 18 photoshoots. I shot for Brighton Fashion Week, I learnt studio lighting and created my own home studio for a shoot as well as shooting in a commercial studio for the first time. And lastly (I think) I completed my first year long project! :D”

Two Nonsense Society members, Olivia Bossert & Megan Breukelman are editors for the outstanding seasonal arts magazine, ATLAS Magazine. They’re currently accepting submissions of all kinds for their “Wild” issue. Submissions are due on February 1st of 2013, so hurry up and get them in! It’s a great opportunity with wonderful people.

Here are some past issues: 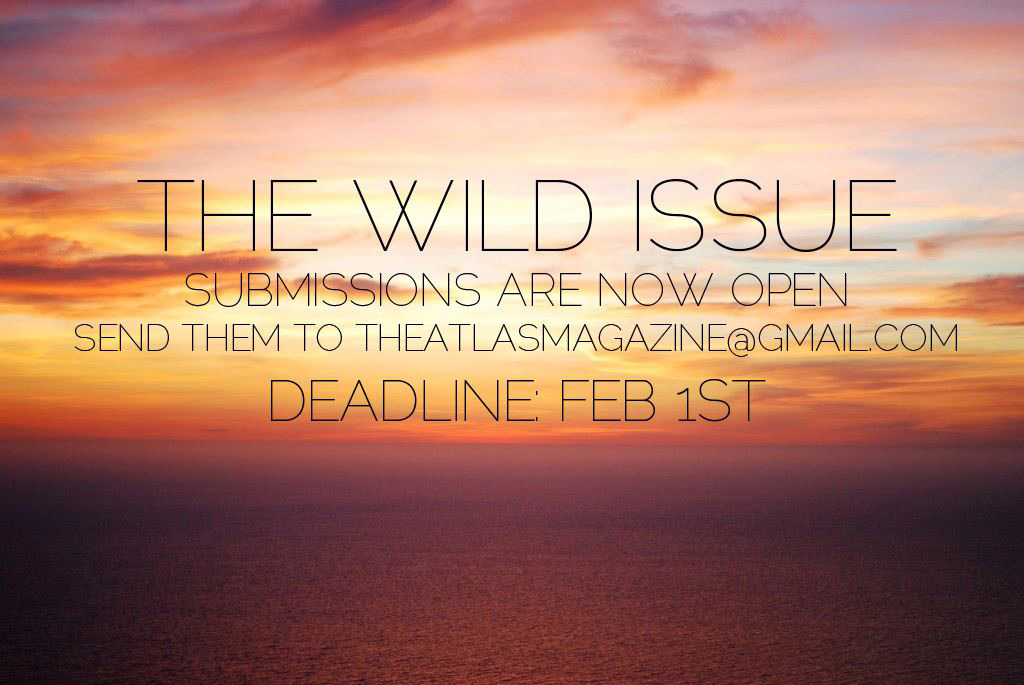 A few months ago we welcomed Andrew Morgan, an Australian filmmaker, to the Nonsense Society. He had just finished creating a moving piece interpreting the imaginative story of a five year old girl. He emailed me a few weeks ago with a new music video he completed for an intense rock band called “RocketHead.” The video was shot in only one take with a club full of people. It’s easier said than done for sure. The video is very intense, so please don’t watch it if you are underage or have “delicate sensibilities.” Either way, congrats to Andrew. Thanks for sharing!

SPECTRUM is a leading source in promoting fantastical and contemporary art. They are having looking for submissions for SPECTRUM 20. Please make sure you read the guidelines for entry and good luck if you decide to submit art! 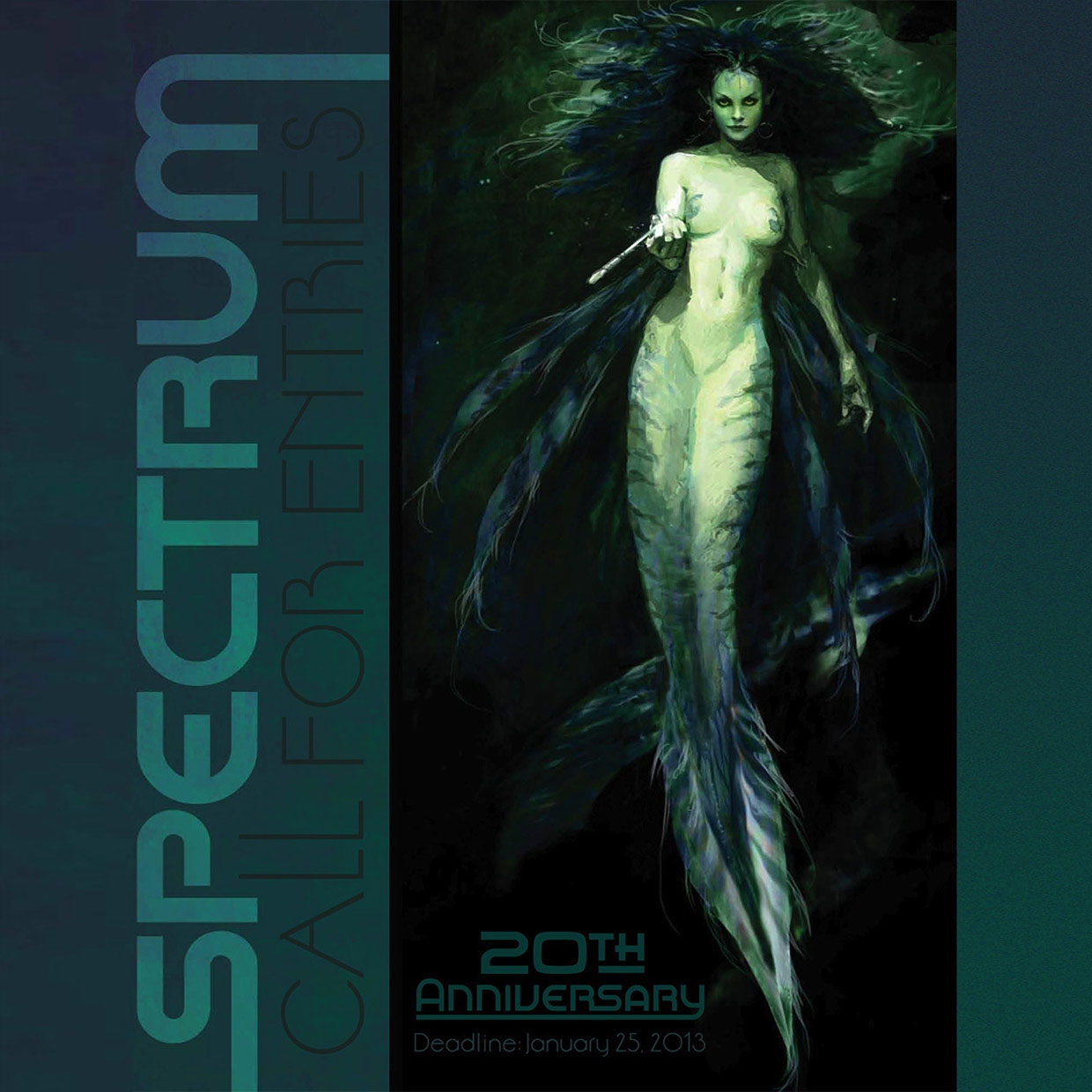 If you’d like to see something of yours on the site, make sure you get involved!