The Jolly Beggars bring the rich tradition of Celtic music to audiences all over the North Eastern United States. They tell traditional stories from Irish folklore and intersperse their musical arrangements with traditional reels and jigs.

The Night That Paddy Murphy Died

Summer 2009 – Jeff DesRosier and his family visit Ireland. Jeff goes to all the pubs he can and listens to the music. He learns songs from the pub musicians.

September 2009 – Jeff asks Christopher Vece if he’ll play some Irish music with him. Chris says no.

October 2009 – Jeff comes over to Chris’ house and the two play some songs together – Jeff on guitar and mandolin, Chris on a junky tin whistle. David and Greg, two of Chris’ roommates and friends of Jeff, come down and start playing bass and guitar with them. They play “Lukey’s Boat,” among other songs. 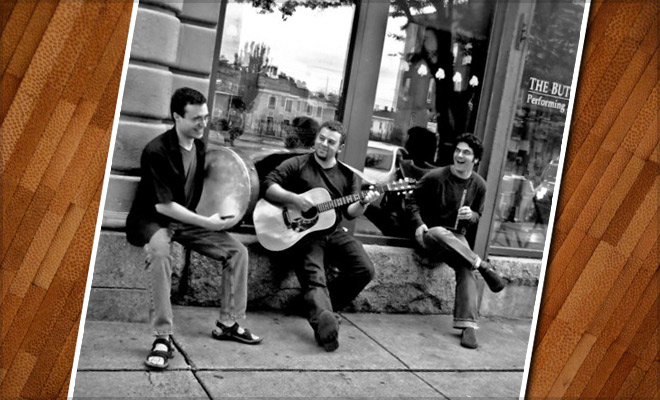 The band started playing gigs in the winter of 2009, playing at Catcher’s Sports Bar in Wethersfield, CT, The Buttonwood Tree in Middletown, CT and various smaller events around the Hartt campus. After the summer of 2010, the band (with the help of their friend Parker Hu) created a website and, with the help of Jolly Roadie/Sound man Jake Subin, recorded their first record on October 9-11, 2010.

The record features the band at its most spirited and its most somber. It opens with “The Night That Paddy Murphy Died,” an uplifting and comical spin on the death of a (fictional) close friend. The record progresses with the classic Celtic folk tune, “Molly Malone,” a more quiet take on the death of a woman. 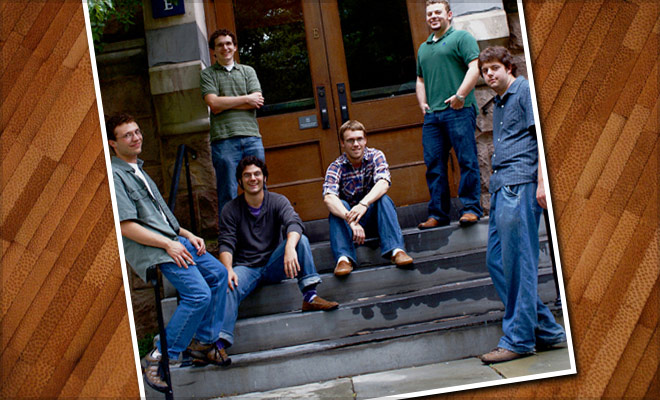 The band felt obligated to include their arrangement of “The Gypsy Rover” on the record, feeling that the traditional upbeat feel to most performances of the song didn’t do the story justice. The Beggars’ arrangement is a more subdued ballad, featuring Chris singing, four part harmonies, and Jeff’s intricate guitar picking.

The record contains a set of instrumentals which the band has entitled, “Laverne’s Wedding,” featuring Christopher on tin whistle and Greg on tenor banjo. Jeff set his own chord progression to three traditional jigs and reels (“Bridal Jig,” “The Joy of My Life,” and “Kiss the Bride”) and the band rocks through them, adding their own musical tastes to the traditional tunes.

After ten songs about drinking, death, joy and sadness, the record concludes with Jeff’s beautiful, Beatles-inspired arrangement of “Danny Boy.” The song holds great sentiment to Jeff and his family, and every performance of his arrangement displays that. Jeff acknowledges the chord structure was inspired by “Blackbird,” by Paul McCartney, but the picking pattern, the key, and the lyric structure of the Celtic air give the music new light and make for a fitting close to the record. The take on the record was the first take he performed in the studio – perfect right away. 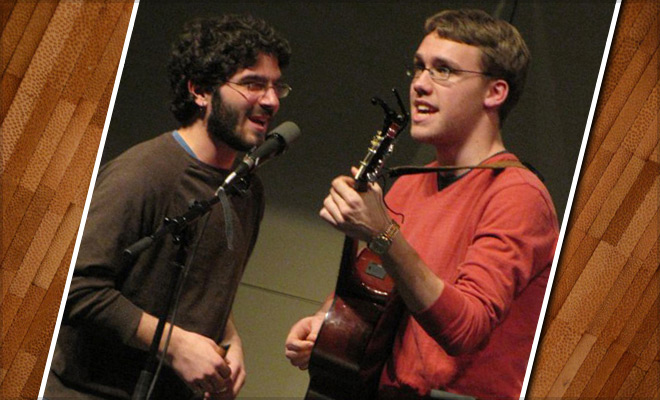 The record’s title, “Sunshine and Shadow,” comes from a line in this song. The band felt it was an accurate representation of their repertoire – songs of joy and songs of sadness, sometimes mixed together, but always with some positive and uplifting spin, even if the only positive spin is taken in the careful arrangement of melody, harmonies, and instrumentation.

The record is available on The Jolly Beggars’ website and at any gig! They play regularly throughout the northeast. 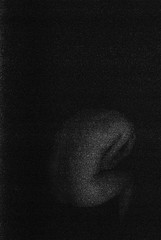