Marie “mree” Hsiao is currently dominating YouTube with her talent and charm. You will usually find her singing behind a guitar or piano. Aged at only 16, Marie is a mighty force to be reckoned with. We had the chance to ask her a few questions and pick her brain. The Nonsense Society is glad to welcome her to its ranks before she becomes too famous (which she no doubt will).

There is no greater feeling than seeing people enjoy my music. It is such a crazy idea that songs an inexperienced teenage girl writes about are being heard and enjoyed by a number of people. What I truly aim to get out of my musical career is for people to take my music for what it is and enjoy it. Sure, money is always great but it isn’t what my focus is. I would still be happy playing in a cute little coffee shop for free to people who enjoy it.

Can you explain how you’ve evolved as a musician?

I actually find myself almost embarrassed when I look back at my older videos on YouTube. I guess it’s really helpful to see what I’ve grown in as a musician. I look back at where I used to get my inspiration from by what music I used to listen to. It seems so juvenile and silly that I posted my “Hot n’ Cold” cover because my taste in music has definitely changed. I’m finding myself to be more open to new styles and trying them out as well as finding my own.

Who is your biggest inspiration?

As silly as it sounds, my inspiration to sing came from that corny movie, “Glitter” with Mariah Carey. To be honest, at first I really never thought of singing as something I would be known for. I did choir in school every year but I didn’t think much of it. However, after I saw that movie I wanted so badly to sing like her. I bought all of her CD’s and tried to match all of her runs with my voice. Although I know it isn’t true, I felt like I trained my voice to do all those cool little things that she did with hers. It made me feel really good, like I worked for something for myself and earned it on my own. Pretty soon I felt like I had a voice I never knew I had. Surely now that I think of it, my views of Mariah Carey have changed but I’m still grateful for that one day my family decided to rent that silly movie. It makes me wonder if I would have ever really found my voice if it wasn’t for that.

How do your peers feel about your recent fame? Has it changed anything?

I was never really the “popular” girl in school for starters. Instead, up until about eighth grade I was known as one of the shyest girls in our grade. I was afraid of people looking at me and saying, “Wow, I never expected her to be like that.” because I had already set my standards at being the quiet one and thought it was too late to change it. However, I really wanted to show people that I was more than just a quiet girl. And yes, I know it sounds cheesy but I turned to music to help show who I really was. The eighth grade talent show was the first time I had ever sung out in public and you can imagine how terrifying it was for me, the shyest girl who never spoke out, to do that. When the votes were counted for, I didn’t have words to describe the feeling that developed from the two words that came out of the announcer’s mouth; “Marie Hsiao!” It wasn’t even the gratitude of winning first place, it was simply the fact that people voted for me. The next day was one of the happiest days I will ever remember. People were congratulating me and they even knew my name. I didn’t have to worry about people thinking of me oddly and I could carry myself with confidence. When I have a bad day or something gets me down, I just think, “Hey, I’m Marie Hsiao. I have over 9,000 supporters. People listen to me.” Now pretty much the entire high school knows me as the singer from YouTube. Everyone in my school is very supportive and know that now I have something untouchable by anyone else, my music.

Where do you see yourself in 5 years? What are your goals?

A lot can happen in 5 years. Just noticing it, I’ll be 21 and boy do these years fly by. I hope that by then I have a few of my own albums out and to have gained more listeners. It’s so odd to imagine myself being 21 since I’m still only a teenager but 5 years can pass by quickly. I can only wonder what the future has in store for me.

What emotions speak to you most through your music?

I find that the majority of my music is upbeat and cheery. It mainly focuses on what every other teenage girl dreams of; your everyday crushes, relationships, etc. Although I must admit, I have little experience of my own, I find myself writing about scenarios that make me happy and hopefully bring a smile to other’s faces. However, not all of my music is so straightforward and cheerful. As I expand my ear to new music, I find myself writing songs with a more deep approach. For instance; I recently wrote a song titled “Winter” which is far different from the rest of my songs. But hey, I’m only 16. I have a long way to go to find my own style and genre so experimenting is the best I can do.

Does your age help or hurt you in this business?

Being 16, my age can both benefit me as well as being a burden. People wouldn’t really expect maturity from a 16 year and hopefully I could pleasantly surprise them. On the other hand, people would assume that my music would appeal only to the younger audience and might not take me seriously.

Can you talk about your experience with criticism and how you deal with it?

There is no question that criticism will be evident no matter what. I’ve dealt with many negative comments on YouTube and to my own surprise, I can easily get past it. At first I will admit, of course I was offended but there is no way to stop people from acting the way they do. Now it rarely affects me to see someone trashing on my videos because I’ve learned that people use that as a way to make them feel better about themselves.

You have a lot of people looking up to you. What do you have to say to them?

I cannot even begin to say how grateful I am to the number of people following my music. I know everyone says it, but I honestly don’t think I would be as far as I am now without these people supporting me. It means so much to me when I see people leaving me messages saying they enjoy my music and I only hope that the numbers keep increasing. If I were given the chance I would tell my listeners to keep doing what you love. Even if others put you down, don’t be discouraged. Do what you want for yourself and no one else because in the end you should be happy with who you are and nobody else is the judge of that. 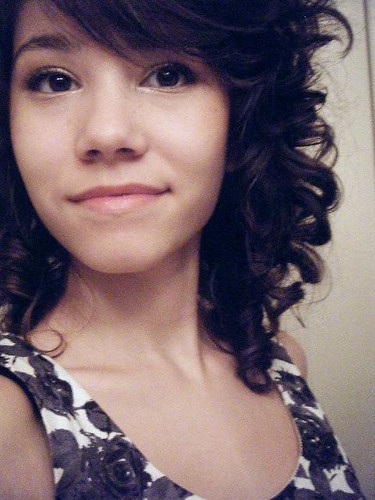