A chilling collaboration of music by ChanLing Beswick, art by Jarek Kubicki, word by Cara Persico, and film by Danielle Mulcahy .

Written for high school friend, Tiane, after she committed suicide at a young age. The major key ending the piece signifies how Tiane lives on in the hearts of her family and friends. 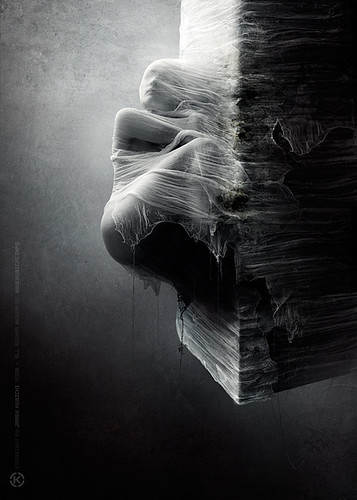 “We’re losing him,” she said; forcefully and under her breath. Paige. The name burned into me almost as much as the bullet. I would’ve liked to know someone named Paige. The two male EMT’s just stared, their eyes locked with hers, begging her to stop.

“Keep going,” his voice was steady, but angry. Angry as all hell. Paige’s closed hands found her way to my chest. Every steady pump she gave caused shivers of blood to rush to the exit point in my shoulder. Now I know, sometimes I was a rooster, sometimes a roe.

Desperation crept over my body like a million tiny spiders on an arachnophobe. The space next to the cop car was empty- where the hell was Jed? I heard a muffled cry from behind me. Craning my neck as little as possible I finally spotted him; his face was twisted into an unrecognizable map of wrinkles and tears. I wanted to punch him. What the hell was he doing crying like a wuss? I mean, I know I’m on the floor and all but it’s not like I’m dead or anything.

“Can you hear me?” Paige’s voice emerged from my left.

“Yes, I can hear you perfectly fine. I’ve been talking to you this whole time,” I said.

“Hello…? Squeeze my hand if you can hear me,” she said. I don’t know if it was because I was nauseous or lightheaded, but her words were muffled and distant. My ears started ringing, at first a light buzz but then it got louder until it was an obnoxious steady wavelength. I know I had bullets in my body, they crumble away now.

I spun on my heel, scared half to death. My heart thudded in my chest. “Who the hell are you?” I demanded. That’s when I realized I was standing up. And I was in my apartment. Why am I in my apartment? And who the hell is this? She didn’t say anything, she just chuckled to herself. What was she laughing at?

“Andrew. Calm down. You always get so worked up about things.” She knew my name.

“Why did you go into that parking lot, Andrew? You saw that man and I know you had a bad feeling about him. Being tough isn’t everything, you know. Jed would have taken you seriously.”

“You know about Jed? Who the FUCK are you?” I said, the words fully charged with confusion and hate for this woman I didn’t even know.

“I’ve been with you your whole life Andrew, you just never noticed.”

“Are you… God? God is a woman? Damn, the Bible really got that mixed up.” She chuckled again.

“No Andrew, I’m not God. But I have been with you since you were born twenty-six years ago.”

“Prove it,” I demanded. People can’t just go around telling you they’ve been there your whole life and you not so much as notice them once. Who is she, really?

“Fine, I’ll prove it. I know about the time when your older brother locked you in basement closet; you were ten. You screamed for hours until Martha finally found you, frantic that you’d run away. I know about Alanna and the baby she destroyed right before leaving your apartment for good and starting her medical career. You didn’t leave for a week until Jed convinced you to go to a strip club where you did unmentionable things to ease the searing hole burning in your chest. I know you’re allergic to cats and only sleep in on Tuesdays because that’s when Alanna left you and you’d rather sleep through the time than replay it in your head every week and have to actually deal with it. I know you keep a box in the furthest most corner of your periwinkle blue room and it contains secrets you would faint over if anyone ever read them. Well guess what? I know what they say- but you could probably figure that out by now.”

I was numb. Tingles tried to force their presence in my feet, but I was even too numb for that. She knew my whole life. I stared at this woman, stared at her so long I thought my eyes would shrivel up like un-moistened contacts and pop out of their sockets. She looked peaceful, and amused. She smiled at me; her slightly stained teeth peeking from behind her lush pink lips. Her grey eyes were soft and fluid. They continued to stare back at me; I could feel them penetrating as if the stories of my life were somehow hidden in my body and she was scanning them like a slideshow on crack and pulling out the ones that ached me the most.

“Oh yea?” I said, as if I didn’t already believe her. “What’s written on the folded napkin from the Rosa Negra restaurant in the box?” I challenged.

“A girl’s name. Andrew, do you really want to continue this with me?” She asked, with a drip of pity in her tone. “Do you really not believe me?”

“What does it say?” I asked again. The tingles finally made themselves known, quickly creeping up my calves and into the cave of my abdomen. I know she knew what it said.

She sighed, for the first time her gaze loosing mine as she stared off at the floor, her head lowered into her chest. “It said Paige, Andrew. It was the name you wanted to tell Alanna if you were having a girl.”

“Andrew, you could go back and make things right for yourself. If you choose to start over you’re going to do great things with your life. You’re so shut out from the world and isolated. Nothing is ever going to happen if you keep paving the bricks higher and higher. Start taking them down.”

“It’s too late… that would have been nice if you told me all this yesterday but now it’s too late. I know it’s too late.” For the first time she took a step towards me, her palms upward as she approached. I felt the urge to take a step back, but something kept me grounded right where I was. I let her cool hands wrap around my wrists. I stared straight into her slate grey eyes, begging for something I didn’t know.

“Tell me if you want to start over,” she said.

My eyes burst open like the curtains to an encore of a play. The paddles were being removed from my chest; I looked up gratefully into the eyes of Paige. She had never given up. She smiled back at me. I recognized that smile… the slightly stained teeth behind the lush pink lips. She bent down quietly and whispered in my ear, “Alanna was never that good looking anyway.”

How beautifully I breathe. I feel I am being ironed, it doesn’t burn at all.

Inspired by the poem Red Flowers by Tomaž Šalamun. (Words in italics are borrowed from the original poem and excluded from the copyright)

She Became The Moon 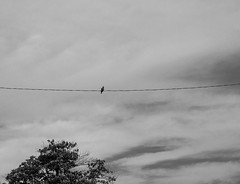